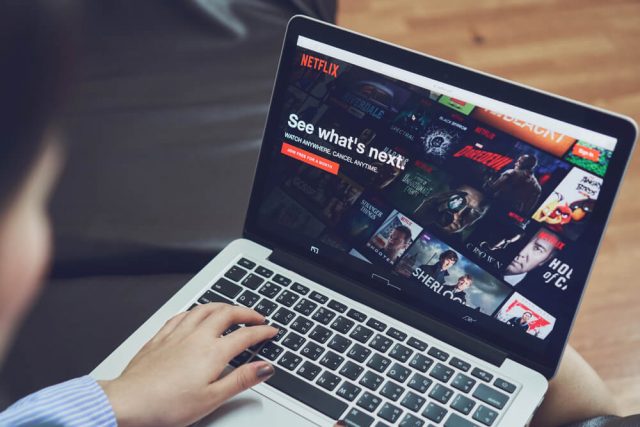 Did your favorite show leave Netflix or have you already seen everything on the streaming service? Netflix isn’t the only streaming site. You have a variety of different TV streaming sites at your fingertips that offer shows that Netflix might not have, including exclusive programming.

If you’re ready to try something new, these five popular streaming services should keep you binge watching every weekend.

Acorn TV introduces you to the world of British TV. While you might not find Doctor Who, you’ll still uncover some of the best British mysteries, dramas, documentaries, and comedies. You’ll even find some foreign language films.

If you’re tired of mainstream network TV in the US, it might be time to try out some British TV and movies that you might not find anywhere else. The service is free for the first month and only $4.99 per month after the free trial ends.

Putlocker is one of the cleanest and safest website which allows streaming tv shows without downloading. With database bigger than many older websites, we review this website as one of the best out there. Considering no pop up or intrusive ads, this website is the safest and cleanest. You can select from a variety of links, and these links are rated in quality so that you can choose high quality links. Another thing to consider is the social networking feature, you can add friends, send messages and post whatever you like on your wall.

Crackle is still relatively small in comparison to Netflix, but it’s also unique in the fact that it’s completely free. With no monthly fee, you have no reason not to check it out. The service started mainly as a way to stream cult movie classics, such as Godzilla. Now the platform has a wide variety of older movies and TV shows.

The service is gaining even more popularity due to its original series Comedians In Cars Getting Coffee with Jerry Seinfeld. While it doesn’t have anything current, you’ll still find plenty to watch, especially when you don’t want to spend anything.

Hulu is one of Netflix’s biggest competitors as the service also offers current seasons of popular TV shows, with most being available within 24 hours. They also have past seasons as well for your binge watching pleasure. Of all the TV streaming sites, this one is most suited to anyone looking to truly replace their satellite or cable subscription with a streaming service.

Like other services, Hulu also offers original programming along with new and old movies. You can even add on Showtime for an additional fee to stream their programming on demand as well. Their basic service starts at $7.99 per month and includes commercials. Their commercial free plan starts at $11.99 per month.

Amazon Prime isn’t just a streaming service, but you’ll still find plenty to watch. It’s considered one of the big three along with Hulu and Netflix due to its extensive offerings. It’s easy to find current movies and TV shows among the thousands in their catalog. Amazon also offers a variety of original shows to keep you coming back. For additional fees, you can add on premium services, such as Starz, Showtime, Comedy Central, and even Acorn TV.

While you’ll see ads, you can get an ad-free add-on for an additional fee. What sets this TV streaming service apart is you’ll also get free two day shipping, music streaming, photo storage, Kindle ebooks, and more included with your yearly fee of $99.

Update: Amazon Prime is now available in Canada, though it doesn’t have the same selection as the service in the U.S.

TV Land is the most limited on this list, but you can stream the latest episodes of their original programming and watch video clips from some classic shows, such as I Love Lucy, The Golden Girls, and Roseanne.

With the TV Land app (iOS only), you can also watch previous seasons of their original shows. Currently, the website only offers up to five episodes of current seasons. All of this is offered completely free.

Related Read: How to Watch Your Laptop on TV

Shomi resembles Netflix with thousands of TV shows, movies and its handcrafted collections (which go beyond Netflix’s recommendations) to reflect certain moods or moments. You’ll find all the hit shows you love along with classics, plus movies perfect for every occasion. The service starts at $8.99 per month after a one month free trial and is also available in some cable bundles through Rogers and Shaw TV providers.

CraveTV recently became a stand-alone streaming service in 2016 and focuses primarily on TV shows. Some TV providers include Crave as part of their service. They also offer popular HBO and Showtime programming. Their service starts at $7.99 after a one month free trial.

It’s worth trying out both services to see which one offers more of what you’re looking for. Use the free trial periods to explore each one fully. The main difference is Shomi offers movies where CraveTV is TV shows only.

For best results when streaming, make sure your PC is free from malware, junk files and hidden processes that can slow your system down.