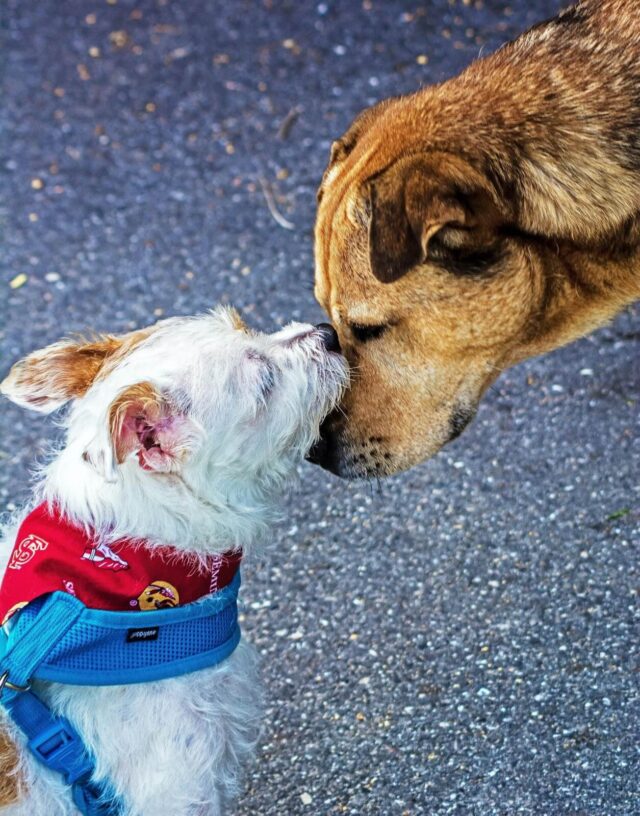 When a new puppy or dog comes home from the shelter, it’s essential to remember there is no relationship yet. Hopefully, there were a few visits to get to know each other, but as far as puppy is concerned, you’re not the people with whom he’s familiar, and the environment is not his usual.

For a majority of dogs, a couple of days (even up to a few weeks) in the beginning can prove incredibly stressful while he adjusts to the new sounds around him, the smells, the layout of the house, the different people, perhaps other pets, the outside property, the neighborhood. Imagine how overwhelmed you might feel given similar circumstances.

The furry friend won’t begin to relax and reveal his genuine character until after that initial month when adjusting to all the newness. While there are many things you can do to help puppy through these initial stages, the priority is to make sure the entire family is on the same page when making the transition as easy as possible for puppy.

How To Make A New Dog’s Transition Less Stressful

When you initially bring home your newly adopted shelter dog, he will be understandably nervous and scared. The pup will go through a period of adjustment of up to a month before genuinely feeling comfortable in the new environment.

Everyone, including children, needs to work together to make the transition as stress-free as possible. You can do specific things to help perhaps the puppy adjust, maybe a little sooner (but don’t attempt to force things along.) Read for guidance on training an older dog to accept a new puppy.

** Make Sure The Home Is Canine-Friendly

You should have the house prepared before the dog comes home. For the most part, a young puppy won’t be potty-trained, and there could be instances of this with a puppy with some age as well. The animal might not understand either that they can’t chew everything they see, such as power cords, furniture, personal belongings.

It’s helpful to pick anything up that you value, placing it in an area where it’s not accessible to little teeth. Understand, puppies are very resourceful so putting things out of reach means high up or in an enclosed space. Shut off power switches when not in use or cover power cords.

Training should begin, especially potty training, the moment the canine comes home. Once the pup has formal training, the chewing will involve toys or pig’s ears; things meant to help with the need to work through the teething process.

** Kids Need To Learn How To Behave With Animals

Children become exceptionally excited when a new pet comes home, but the enthusiasm needs to be kept within limits while the dog is adjusting. Once the animal has reached a level of calmness himself, a child can have their introduction but in a subdued manner while seated, offering a treat to show good intentions.

If there’s more than one child, let them meet one at a time, showing each one to pet the animal correctly under his chin and down the throat instead of on his head. The interactions should be brief with you, then finding activities in which the kids can become interested.

It’s imperative that you not allow kids to hug the puppy. Dominant animals could feel threatened by this behavior, reacting by biting the child because they do not understand. A more submissive canine that feels afraid could display any number of fear behaviors, including urination.

But overall, the result in either situation will be dogs that dislike children. The same experience can happen when a pup is sleeping, and a child startles it awake. Kids need to learn to react to a puppy in a very similar way to how they would with a new baby.

Once the pup becomes comfortable in his new home, the family will start to make sense, and he’ll begin to trust, forming individual relationships with each member. Ultimately, those hugs will be welcome and enjoyed. Learn how to introduce your dog to a new baby at https://blog.myollie.com/introducing-your-dog-to-your-new-baby/.

** Separation Should Be Gradual

When you decide to bring a new pup into your home, do so at a point when you have a few days to spend with the dog. While pup is in an unfamiliar setting like the backyard at playtime or taking a walk in the neighborhood, you’ll want to keep the animal on a leash for the adjustment period.

Gradually, you can release the leash while in the yard. But whether a puppy or a dog of some age, the animal may try to run off, not understanding why he’s in this new place. Spending as much time with the pup is essential, enjoying playtime, teaching, showing him a warm bed, food, and water, and simply relaxing together.

When the time grows near for you to have to leave the dog alone for an extended time, begin leaving for periods each day that grow longer, allowing the pup activities to keep him busy while you’re away. Hopefully, when the time comes, there will be an adjustment as long as plenty of activities are always available to stimulate the dog’s mind.

There are so many things to take into account when adopting a dog from the shelter. These are merely a few. Make sure to have a contact number from those who were responsible for your pup so you can get advice after bringing him home. The caretakers will know the dog and be of exceptional help.

Advantages of Buying Dogs and Puppies For Sale

The Different Uses of Pencil Grinder