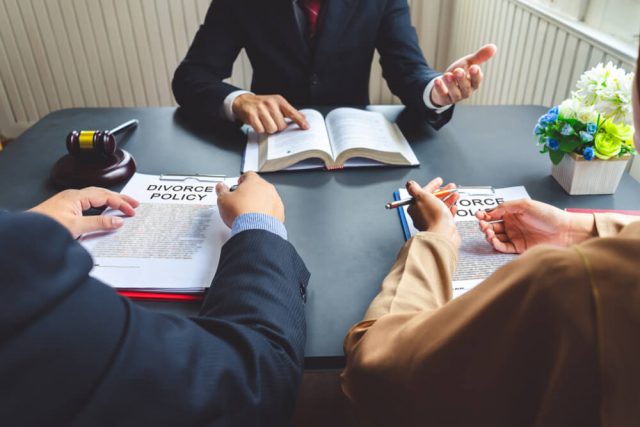 There are many couples who want to live alone without getting divorced; the condition describes the separation between the married couple. It can also be held in the case of custody of children or religious matters. Many people hire a lawyer or an attorney in this situation, but you or your spouse can also do this by yourself. We have provided you a guideline, which will guide you to get the legal separation without hiring an attorney. Must read the whole article to get acknowledged about the legal separation.

It also depends on the situation when a couple chooses separation instead of divorce like religion and other financial reasons. They can also take it as a test run before filing for divorce. Following are some tips to file for legal separation without hiring the family attorney:

According to Get Divorce Papers, separation includes an agreement of separation between the married couples. It includes the responsibilities of both of them. For example, children, finances, household chores, pets, assets, the places where they are going to live, and also the rules and guidelines about dating other people. They should not do anything without one’s permission, for example selling a house or keeping the custody of children.

Once the agreement is completed, the couple must visit the court and file a motion with an agreement attached to it. You must have to ask the judge to accept the agreement as “order of the court”.  When the judge approves the condition, your status will be changed from “separation” to “legal separation”.

2Getting Legal Separation instead of Getting Divorced:

As we have said before that choosing between legal separation and traditional divorce depends upon the couple’s preference. Some religions do not allow proper divorce, so the couple chooses separation from which they remain married and also live their lives separately. Separation obviously also remains a little connection between the couple. The legal separation also includes that the husband is still responsible for the security and financial support of their spouse. Children are also the reason for filing a legal; separation instead of divorce, after all, you remain married!

3Procedure for Filing for Legal Separation:

You can find the forms required to start the proceedings of separation, from the state or county’s official court website. Most of the information will be found online, you can also visit the local court office that will provide you a help center from which you fill the required forms and ask any questions about the separation. You can also contact other online companies that will provide you various forms and other information. Many countries also require additional forms but the proceedings are similar to divorce. But it will also cost some fees to file for the petition and various forms. For example, the fee for a petition in California is about $435, so the fee depends on the country. Every country requires a specific petition fee.

Firstly, one must have to confirm the state’s residency requirements. The requirements are same for filing divorce and filing for separation, as both the processes are almost the same. You don’t know that where to learn about them? Just check the state’s divorce laws simply. For example, in California, if only one of you is living in the state, the couple can file for the separation. Similarly, if the case is about the domestic partnership, in California, the legal separation can be filed even if you are not living in the state.

Make sure that you are fully prepared for the petition as a judge is going to ask questions for legal separation. It will be must easier if you and your spouse agree with the situation of terms and conditions as if you both have prepared, like child custody, marital home,  assets, child visitation, debt liabilities, and spousal support. In the case in which the spouse does not agree with the issues, a counter-petition can be filed. You have to visit before a judge to resolve the issues that you do not agree with. There are some situations that are more complex than a divorce. You and your spouse must be fully prepared as the judge will ask various questions about your legal separation. The judge will not deny any of the decisions both parties made, except those who are blatantly unfair. Once the judge has accepted the agreement, the court clerk will file and record your legal separation. You should keep a copy of your recorded file to follow the guideline which you and your spouse have signed in the agreement. After that, finally, your legal separation will be legally confirmed by the court.

As compared to divorce, the separation between the couple is better for the children. The husband is responsible for spousal support, assets, and different financial matters as before. The common reason for the separation of couples instead of getting divorced is that many states and countries do not allow divorce. The only difference between getting divorced and getting a legal separation is that you have still remained married. The main process of legal separation is similar to divorce. But in fact, the couple remains married. The connection between you and your spouse also remains.