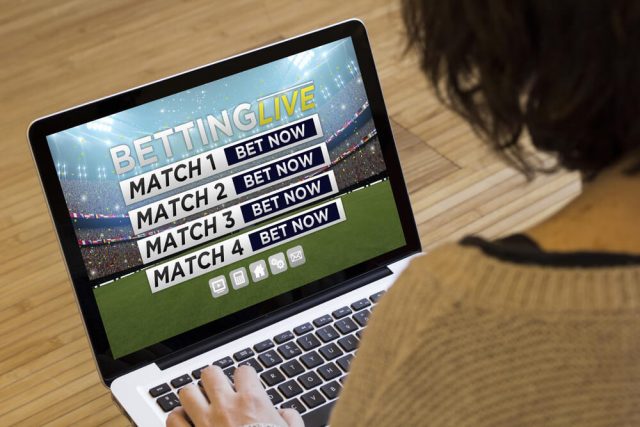 As sports betting and mobile access to betting through websites and apps have continued to grow in recent years, it has brought life to something that even five years ago might have been unimaginable. Live streaming sporting events that would not otherwise be televised has turned into a massive industry with numerous effects on other industries, like sports betting.

Those who often look at the NFL betting odds to place bets on games were often limited to only betting on winners and losers, the spread, and various other end of game type scenarios. But due to live streaming, which is currently a more than $70 billion industry worldwide, the sports betting industry has taken on new lines of betting that allow for many possibilities.

Now games are becoming largely available, even in out-of-market locations where games would not be aired. This has led to a lot higher viewership not just locally, but around the world as well. Even smaller events or some sports that would not be aired because of lack of popularity are being live-streamed.

A sports enthusiast doesn’t have to look far anymore to find a wide variety of sports. There are many free live streaming websites out there where one could watch live sports 24/7 if they chose to. Other, more high profile sports like MLB, NBA, and NFL will require you to pay to live stream events, but sports such as NCAA Football and Basketball are more likely to live stream without the burden of a paywall.

With more live streaming taking place and more eyes on events, drives people to place more bets to increase the experience of watching. Live streaming is also widely being backed and sponsored by various gambling and betting companies who advertise during the event, generating more traffic to their apps and services.

The likelihood of someone placing a bet is not inherent just because they are watching a live stream, but when coupled with crafty advertising and generous offers of bets and freebies coming from sports betting organizations, it makes the temptation all the more entertaining. But what is not to like about betting on sports? Gambling, in general, is a very exciting and adrenaline-pumping activity for many people.

There are also many casual sports fans that like the idea of betting on sporting events because it raises their interest in the event and makes it more enjoyable and worthwhile to invest their time in watching. For example, say there is a mid-afternoon NFL game that pits the Indianapolis Colts vs. the Jacksonville Jaguars, but you are not a fan of either team. Watching the game means nothing to you and you become easily bored watching the game without any investment.

Placing a bet on this type of game now gives you interest in the game and raises the excitement of watching this game. This is becoming more and more of a popular notion with people, especially when you can bet on such a low amount where the risk is minimal and the reward could possibly be exceptional. Now the game has a new meaning to you.

With more live streaming options for watching sporting events, sports betting organizations are open to offering a wider range of betting options. Now, one could place a money line bet on the game even after it has started, regardless of the score. Now oddsmakers can open up betting as the game unfolds and allow people to place bets on ever-changing odds throughout the game.

Live streaming also allows people to place bets on what might happen next in an event. Oftentimes, if a bettor is following the game on sports betting apps like DraftKings, new bets will appear as the game unfolds. This gives endless possibilities to the types and amount of bets that could be placed throughout live events, all thanks to live streaming.

So if there is nothing to watch, try live streaming a random sporting event and open your favorite sports gambling app. Place a few bets and get invested in the game. See where the feeling takes you!