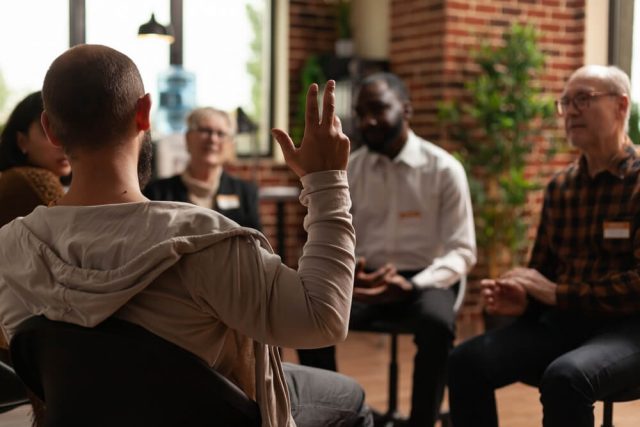 Making the decision to seek rehabilitation services and care is a process that should never be taken lightly. It can be a life changing experience. Especially for anyone suffering from substance misuse disorders.

In Colorado, this is particularly relevant. In 2012, the state passed Amendment 64. This amendment legalized the use of cannabis for adults age twenty one and older. Cannabis is not one of the most addictive substances out there. However, it is often considered a “gateway” drug for other illegal ones.

Each year, the United Health Foundation releases a report called “America’s Health Ratings.”  You can see the 2021 statistics for Colorado here:

Some of this can be confusing, especially when we look at raw data. I can explain it in other terms as well. What is interesting to note is that the state has a high rate of non-medical drug use. Some of the most common addictions that are treated are dependencies on methadone, oxycodone, hydrocodone, fentanyl, and hydromorphone.

The United Health Foundation found that approximately twelve percent of adults in Colorado reported that they use drugs that are not prescribed to them. This is fairly high compared to the lowest percentage in the nation of four percent in Vermont. Obviously, because these are self reported statistics, there is always a margin of error. The percentage is likely higher.

The definition they use for this statistic is that it is the percentage of adults who said they used illicit drugs non medically in the past twelve months. They were instructed to not consider cannabis seeing as it is legal in the state. The data came from the RADARS System Survey of Non-Medical Use of Prescription Drugs Program and Denver Health.

Clearly, this problem is widespread. That is all the more reason to educate ourselves about it. After all, we never know when this might become relevant in our own lives.

One of the most worrisome types of addiction is alcohol abuse disorder, or alcoholism. If you think you might be suffering, you may want to check into rehab facilities in Centennial, or check out Alcoholics Anonymous. In order to know that you might need treatment, however, it’s probably a good idea to understand the symptoms.

3What is Alcohol Misuse Disorder?

There are actually many levels of addiction to alcohol. That being said, there is a simplified definition that I can offer. Typically, it is a pattern of behavior that involves the consumption of alcohol in some form (obviously). It is considered a problem when a person becomes entirely consumed with thoughts of needing a drink, find that they need to drink more to feel the same way, have unpleasant withdrawal symptoms if they stop drinking, or continuing to use alcohol even if it is having significant negative impacts on your life.

Unfortunately, these patterns usually have significant impacts on health and relationships.  Because of this, you will want to keep tab on what the symptoms are.

For a condensed list, you can look at this Mayo Clinic page for more information. If you are uncertain, though, you might start to look out for something like being unable to reduce the amount of drinks you are consuming. If this is a very difficult task, you might have some sort of dependence on the substance.

Failing to meet important obligations is also a sign of alcoholism. This includes both at work, such as missing an important assignment, and in our interpersonal relationships.  Poor memory or even gaps in said memory can lead to forgetting important dates like an anniversary or birthday. It’s particularly worrisome if you had a sharp memory prior to starting to drink.

A strong craving for a drink could also be a sign you’ve become at least somewhat chemically dependent on the substance. This is linked to feelings of needing to drink. You might even find that you have withdrawal symptoms.

These withdrawal symptoms vary in severity. Whether you have dangerous ones or mild ones, you will probably want to consider seeking help if you suffer from them. It’s never a bad thing to at least inquire about it.

5Rehab is a Good Option for Alcoholism

While organizations such as Alcoholics Anonymous are a valuable resource for anyone suffering from or recovering from an alcohol addiction, it is probably more useful post a rehabilitation program. Interpersonal responsibility between members is valuable, of course. I would never want to imply that it isn’t.

That all being said, getting the assistance of licensed medical health professionals is something I would highly recommend.  They are trained to assist you with your individual needs. Especially if you go into your treatment informing them of past experiences with counselors or therapists or maybe even failed methods of treating addiction.

Substance misuse disorders, including alcohol abuse disorder, deserve treatment and care. It probably sounds like I’m preaching to the choir here, of course. Why would you read so much about understanding addiction if you didn’t agree? I’m mostly stating it to positively affirm going to a treatment center, and to assuage concerns that you might be judged for it.

While it might be a scary process to jump start, I promise you that it will be worth it in the end. Living a sober lifestyle requires commitment. Start that commitment today if applicable to you!

How to Keep Unwanted Weight from Coming Back