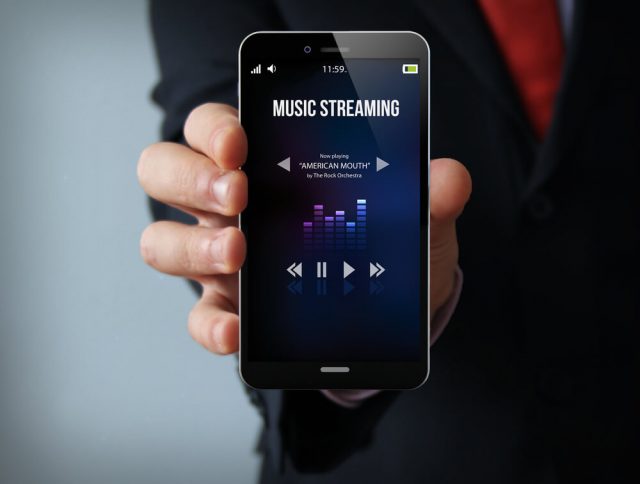 Top Music Streaming Apps You Must Have on Your Phone:

Though it ain’t much popular in the store, it does have a lot to offer. The Slacker Radio is a free service and hence you might get hindered sometimes with video ads. It uses the Samsung’s Milk Music Service which offers humongous collection of songs. The free service is also restricted with limited number of skips while the songs are being played. In order to get rid of these restrictions including the ads, you can pay an amount of $3.99 and avail the premium service.

Amazon Prime Music is actually a part of the Amazon Prime service which include other perks like eBooks as well. You are free to listen thousands of songs on the app, check out hundreds of playlists and radio stations. The Amazon Prime Service also offers huge number of movies and TV shows to entertain yourself with the subscription. Though you will have to pay an amount of $99 yearly for all these stuff. But, trust me it is all worth as you just can’t imagine how big the collection of songs, movies, TV Shows, eBooks the service offers.

I hope this won’t need an introduction. After subscribing to the service for merely $9.99 per month, you can access many interesting features of Google Play Music. Track all the genre based stations and tune into them as per your mood. You can even save the songs offline to listen them when you don’t have internet access. Moreover, you won’t be disturbed with ads on Google Play Music after the subscription. In fact, you can add your own music to the play music library to integrate your playlist with your favorite songs.

Spotify discards the discrimination between a subscribed and an unsubscribed user by offering them the same content. Though, a subscription will fetch you a better audio quality, ads free interface and the feature to use them offline. One good thing about the app is that, your music library will be automatically synced with the songs from spotify.

Using Pandora, you can get started quickly by adding your playlist with any name, that might resemble the genre or the type of band. The Pandora service is free to use but you will often be served with ads. Some little additional features offered by the app are sleep timer and alarm. You can add some bonus features to your basket by getting a subscription for $4.99 per month. This will even get you rid of ads.

Though you might find many songs on music streaming apps, but one should also leverage the experience of listening to local radio. TuneIn Radio along with it’s huge music library, offers all the major radio stations around the globe. It also includes featured podcasts from different artists. You can follow the stations you like and even mark them as favorite to let them know about it. If you pay an amount of $3.99, you will gain the power to record your stations and remove those ads from the app.

Why do you need a music streaming app?

People would often wonder over this fact. But I am here to give you some strong reasons for getting yourself one. The first one is that although you might have a good music collection, one day or other you are going to run short of storage and then you’ll have to filter out some songs from your list. This might be nothing less than a nightmare for music lovers. Moreover, tuning into a music streaming app will expose yourself to some new music and you might discover some new songs that might finally end up in your playlist. So, in short there is nothing wrong with having a music streaming app in your smartphone. We are here to present you the best of the apps to you.

So, here we end our list of best music streaming apps for android. I hope after checking all of them out you will surely find the one which suites your convenience. Though not all of them are free, the price they demand against what they offer is totally worth. You can try out by subscribing to one of them for a month and then decide whether to continue with it or not. We would like to know your feedback. Let us know which music streaming app you liked the most from the list above in the comments.