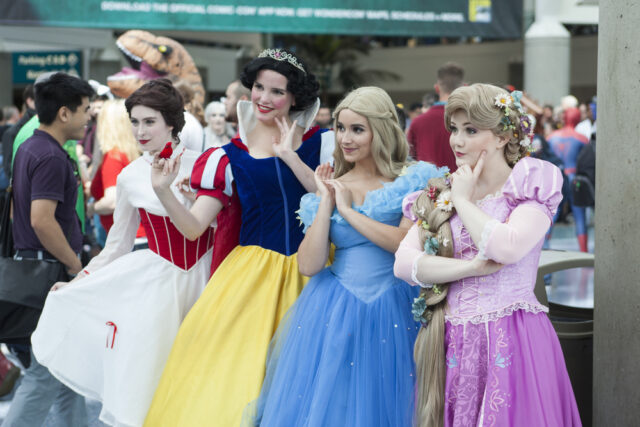 If you’re a real Disney fan, you’ve probably named some kids after some Disney characters or fallen in love with Disney costumes from Blossom costumes. There’s also no doubt that you already know that Disney princess-themed films are the most successful Disney films of all time.

However, one of the greatest questions that Disney fans ask is who’s the most favorite princess? Perhaps, if you’re a classic fan, you’re probably backing the lives of Belle and Snow White. But if you love the recent movies, Rapunzel or Elsa are probably your most favorite princesses. Before we disclose who the most popular Disney princess is according to Google search data, we’ll tell you the qualities of a  Disney princess.

Through the ages, Disney has been striving through films to present women in a better light. Although they’re criticized for making them dependent on men, you can learn some amazing traits from these princesses. They include;

Snow White, the original Disney princess, is an embodiment of strength. When she’s sent away from the castle, she doesn’t plunge into depression. Instead, she goes to the forest, finds friends, and locates a shelter. Because she’s sensitive, the dwarfs give her emotional support.
The great lesson learned here is that hardships are better faced through solid bonds. It’s through the support system of the dwarfs that Snow White realizes she has leadership potential. She influences the dwarfs to change their behavior. This is seen when they transform from being messy to tidy and more caring instead of isolated individuals.

Cinderella is a princess that teaches these traits. When she faces subjugation, hopelessness, rejection, and unfairness, she doesn’t go into depression but optimistically sees things. She pursues her dream and is careful in unraveling her potential. Her main dream was to become a princess, which she achieved at the end of the film. The great lesson that young girls can learn from this movie is that achievement comes through self-confidence and optimism.

Ariel is a self-assured princess who strives to do things differently. She aims to change from a mermaid into a human. Though her friends, father, and sisters see this idea as crazy, she pursues her dream and accepts her mistakes along the way.

The other dream that she has is being loved by a prince. She pursues it by doing acts of valor, such as saving him from drowning. As a result, the prince also readily saves her from Ursula. Their relationship appears to be mutual because each depends upon the other. Because she commits herself to achieve her dream and is sensitive towards others, she eventually becomes a human. She also conveys a message to two different worlds (merfolk and humans) that they can accept their weaknesses, overcome their fears, and achieve their dreams.

Belle is a princess who’s an excellent role model. She loves reading and holds a book as she walks through the town, telling the villagers what she’s reading. She’s intelligent, and when confronted with overwhelming problems, she uses her creativity to find solutions.

Her intelligence is manifested when she persuades a beast to accept her point of view. As she’s unwaveringly hopeful, she believes that goodness always triumphs. That’s why she’s able to understand, empathize, and see the best in everyone. Instead of seeing the beast outwardly, she sees a hidden prince in him before anyone else does. This makes her fulfill the beast’s full human potential.

According to Google Search data that was carried out in 76 countries, it turns out that Cinderella is the most popular princess.

Advantages of Buying Dogs and Puppies For Sale

The Different Uses of Pencil Grinder