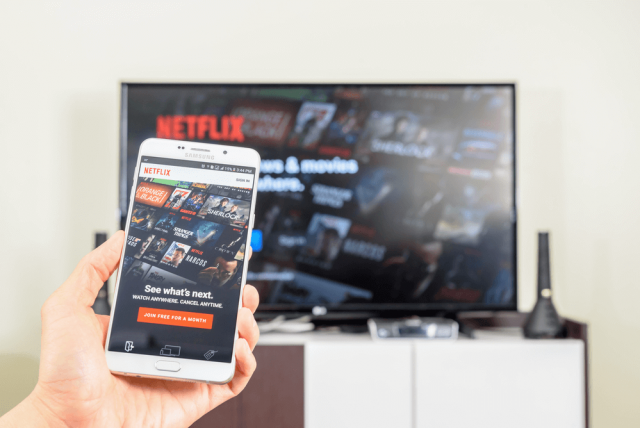 Netflix is a US-based company that originally operated in the US as well. Starting out as a video rental service, it has since become a global giant that provides video streaming services via subscription to several other countries besides the US.

Australia has recently been added to the countries Netflix caters to. Unfortunately, the content offered by Netflix Australia is much lesser in both quantity and quality to what Netflix USA has to offer.

Netflix has been a major force of change for television programming and movie streaming. It provides a given list of videos to its consumers that varies based on their location in the world. Within their subscriber profiles, they can watch movies and TV shows, get suggestion based on their previous choices, and maintain continuity. After you’ve watched one episode of a TV show, it will even politely ask if you want to watch the next one!

These features come together to create a hugely enjoyable viewing experience, a far cry from standard TV, which has given Netflix its pop culture status. No longer do you have to sit through annoying ads or wait for the next episode to be aired next week.

Even before Netflix became officially available in Australia, Netflix America was very popular with many TV fans who wanted better content than what the local services were offering. All the attributes responsible for its popularity in the US also made it popular here.

Once people had learned how to get US Netflix in Australia, there was no stopping them from enjoying the great shows on Netflix that weren’t available elsewhere. Since the advent of Netflix Australia however, there has been some debate as to whether it is worth it to go the extra trouble to sign up for Netflix US, or not.

2Netflix US vs Netflix Australia – who wins?

Getting licenses to TV programmes can be tricky since they require regional licensing before they can be aired. For Netflix to offer programmes in a country, it first must get the rights to broadcast it. Getting these rights is both time-consuming and expensive.

Since Netflix US is the oldest version of Netflix and is a lot more established compared to Netflix Australia, its library is much more extensive.

There are more than 9000 titles in Netflix USA’s library as compared to Netflix Australia’s paltry 1200 or so. This obvious disparity is what’s keeping Australia’s Netflix viewing community divided between which version of Netflix to go for.

After the video streaming service launched in Australia, Sydney-based software developer Kenneth Tsang ran an analysis on the titles available. He found about 1326 titles available in the Netflix Australia catalog, as compared to 8499 in US and 4400 in Canada.

He arrived at this figure through software that extracted all titles in the ‘browse’ categories on Netflix AU’s website and then stored it in spreadsheet format for easy viewing. It was obvious from his analysis that the Australians were once again getting the wrong end of the bargain. Hopefully, the situation will improve as the service matures.

Also worth noting is the fact that the Australian version has several hundred unique titles, which are not available on Netflix US or Canada. This is a result of the various deals Netflix has signed globally e.g. with ABC to resurface part of its back catalog.

3What does the future hold?

Earlier this year, Netflix had said that catalog available to its Australian subscribers on launch day might not be what they expected. The catalog that the Australians had on day one would be augmented a month later, and then three months later and so on, every fortnight. In fact, sometimes content would be added each day. This is as per the statement of Netflix’s VP of product innovation, Todd Yellin.

The VP added that the viewers shouldn’t be dismayed by the (relatively) small offering on launch day. Instead, they should focus on the quality of the content being offered, and understand that this quality would be maintained as more and more TV shows, and Netflix movies were continuously added to the catalog.

But after a year of its launch in Australia, it remains for the streaming giant to make a bold impression on the consumer base. The US version of Netflix still has more quality and quantity, and since it is quite easy to access this service still, the choice for most consumers is a no brainer:

4How to get the Netflix US content in Australia?

To gain an understanding of how Netflix decides what content to show you, you must understand IP addresses. An IP address is basically a string of numbers that is assigned to any device (including PS3 and Wii) that connects to the internet.

This IP address is location dependent. When you log in, Netflix acquires your IP, which tells it your physical location, resulting in your list getting customized. This is how Netflix controls the content that people in a particular country can view.

As you may have guessed, to view the content available in another country, you have to make Netflix believe that you are in fact in that country. This is done by manipulating your IP address, and a tool called Unblock-US comes especially handy in this department.

This handy little service lets you access Netflix US, or Netflix from any other country if that’s what you want. You can program it to work only for specific websites (in your case, Netflix US), so you’ll connect to the said website through a US-based IP address rather than that of Australia. Thus, it automatically gives you a virtual address in the US so you can view US content.

With its small price tag and easy setup (complete with help and instructions), Unblock-US is the ideal tool for accessing Netflix US’s high-quality programming.