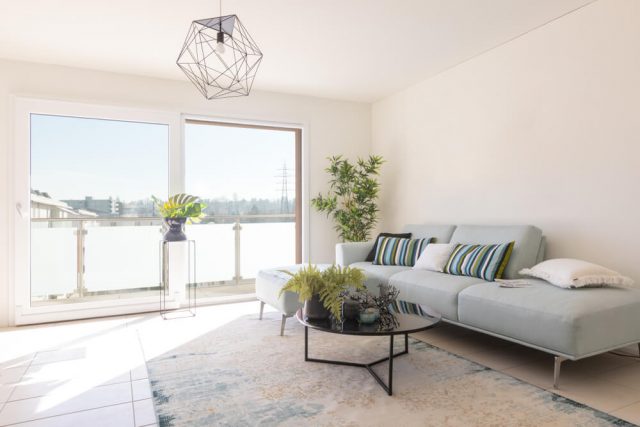 One of the key benefits of residing in an apartment is relatively low utility costs. For example, keeping your unit nice and cool during periods of warm weather shouldn’t prove nearly as costly as cooling an entire house. However, this isn’t to say that apartment cooling costs won’t add a chunk to your monthly utility bills. If you live in a pricier part of the country and your utilities aren’t included in your rent, warmer seasons like summer and fall can be among the most expensive times of year. Apartment residents who are eager to bring down their cooling costs should consider the following measures.

1Place Limits on Oven Use

Using your oven stands to increase the temperature of your apartment by quite a bit. The smaller the residence, the more residual oven heat is likely to be felt. While this may provide you with a little bit of comfort during the chilly winter months, it can make your apartment extremely uncomfortable during warmer periods. As such, you should make an effort to limit oven use during the warm weather season, particularly during the sun’s peak hours. If you absolutely must use your oven, make sure to turn on the exhaust fan.

Limited oven use is liable to strike people who do a fair amount of cooking as a tremendous inconvenience. Given how important ovens are to various types of meal prep, it’s easy to see why these individuals would be hesitant to use them less. However, instead of viewing this as a punishment, it’s best regarded as an opportunity to try new things. For example, there are tons of healthy oven-free recipes for you to try your hand at. Furthermore, if your landlord allows outdoor grilling, this can also be a chance to hone your BBQ skills.

2Use Ceiling Fans to Their Fullest Potential

Ceiling fans should play a central role in your apartment cooling efforts. If the fans that are currently installed in your unit are outdated, faulty or outright broken, request that your landlord replace them. Depending on the terms of your lease, they may be obligated to do so. Alternatively, even if the task of swapping out ceiling fans falls squarely on you, you should have no problem finding the right fans for your needs. No matter how much – or how little – ceiling space you have to spare, the right fans are just a few clicks away. For instance, if you’re working with very limited ceiling space, a compact flush mount ceiling fan should be right up your alley.

If the sun going down signifies a downward drop in temperature, this can prove beneficial to your cooling efforts. Once temps have dropped to a comfortable degree, turn off your air conditioning and open some windows. Next, turn on your ceiling fans and allow them to distribute the cool air from outside throughout your entire apartment.

Even if your windows are firmly closed, a fair amount of sunlight and outside air can enter your apartment through them and facilitate an increase in temperature. For this reason, it’s recommended that you keep your blinds, curtains and drapery closed during the day. However, for this measure to be maximally effective, you’ll need to invest in thermal curtains. Because these window dressings are composed of extra-thick materials, they’re well-equipped to keep cool air in and warm air out. As an added bonus, by minimizing the amount of sunlight that’s able to enter your apartment, thermal curtains can be highly conducive to proper sleep – particularly for people who suffer from light sensitivity.

There’s a lot to be said for apartment living. Although homeownership is what so many of us have been told to aspire to, renting often holds a much greater degree of freedom. Still, this doesn’t mean that apartment residents don’t face some of the same issues as homeowners. Utility costs, for example, are a thorn in the sides of renters and homeowners alike. Unsurprisingly, keeping an apartment consistently cool during periods of intensely warm weather can cost a princely sum. Renters looking to keep cooling costs under control while getting through the fall and summer months in maximum comfort will be well-served by the tips discussed above.

10 Tips for Shortlisting The Best Residential Plumber Services in Jacksonville

4 Considerations When Choosing a Roofing Company

4 Most Popular Modular Kitchen Layouts To Choose From