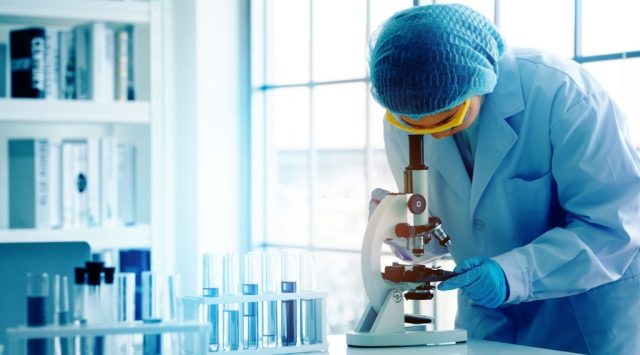 Pathology is the study of diseases/illnesses and injuries, what causes them, and how they affect the human body. Pathologists are the doctors that study diseases and injuries, and they contribute to every sector of the healthcare industry. They study and help treat everything from common illnesses to rare and life-threatening diseases by studying organs, tissue, and bodily fluids.

Because pathology deals with things that can affect the human body, there are many different types of pathologists.

Anatomical pathologists study diseases from samples of bodily fluids and organ tissue. This type of pathology can also be broken down into three subtypes:

Like the name suggests, these pathologists work with blood samples. Part of their job is to make sure that the blood is safe before it is used in a transfusion. Hematology is also related to this, as hematologists are responsible for blood typing and blood disorders, such as hemophilia.

Chemical pathologists study the chemical composition of bodily fluids. Some of the substances they study include hormones, proteins, and other organic and inorganic substances.

This discipline combines pathology with dermatology or the study of the skin. These types of pathologists interpret skin biopsies.

Pathologists under this discipline test for autoimmune diseases. They can also test for other things, such as allergies.

This is the study of bacteria, fungi, parasites, and viruses, and how they infect people. This type of pathologist can also test the effectiveness of antibiotics and vaccines.

Neuropathologists study the nervous system in order to diagnose and treat neurological disorders.

Pathologists can also specialize in working with a specific population, such as children or the elderly.

As licensed medical professionals, pathologists can expect to earn $283,835 per year, on average. The range for a pathologist’s annual salary is between $241,367 and $337,885, so it’s safe to say that pathologists make very good money. This is a good trade-off, since becoming a pathologist requires an undergraduate degree, a medical degree, and a minimum of three years of experience.

Licensed pathologists usually spend a lot of their workday in laboratories, collecting and examining samples, conducting examinations, writing reports, and researching. They may also be found reviewing autopsies, case reports, and teaching other physicians and medical students.

Not only are jobs in healthcare high-paying, but they are also in high demand, and pathology is no exception. The average job growth rate is around 13% per year, meaning that the future job outlook for pathologists is promising. In 2010, the states that saw the most physicians employed as pathologists were New York, California, Texas, and Florida.

Just within the next five years, the United States is expected to need over 25,000 new pathologists. Though the job outlook is promising, it still may be hard for some pathologists to find work. Some of the most common job search sites may fall short when it comes to physicians in search of jobs, so they may need to look to non-traditional job search sites that specialize in job listings for a specific area of work.

Overall, pathology is a pretty good medical path to consider. It pays extremely well and you’re not likely to worry about finding a job, as pathologists are needed all over the country and even all over the world, which is true for virtually every job in healthcare. There are also so many fields of study within the pathology discipline alone, and many of these areas overlap. Some pathologists may even get to do some research and work in other types of pathology.

The only consideration to think about working as a pathologist is that it can be pretty stressful, which is true for many other professions. The workload and long hours may be too much for some, but if this is something that you’re truly passionate about, then it’s worth it.

Differences Between Psychiatric Treatment and Psychotherapy

4 Benefits of a Drug Rehab Program