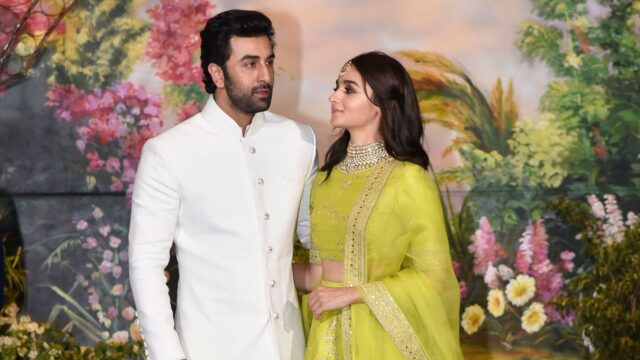 Since last year, media reports regularly claim that love birds Ranbir Kapoor and Alia Bhatt are pepping up to make wedding announcements. And the media figured out something fishy when Alia Bhatt purchased a new flat to be the close neighbor to acclaimed boyfriend. She got this lavish flat at the whopping amount of Rs. 32 Crore.

What could be the reason for shelling out such a huge amount to get a flat in the same building as that of Ranbir Kapoor? Other inside reports state that Ranbir resides on the building’s 7th Floor while Alia’s new shelter is on the 5th Floor.

Alia is at her career peak with a list of hit Bollywood movies rolling down in her bag! On top of that, she also recently started up her line of children’s clothing. She is in an excellent position, and beau Ranbir Kapoor ignites their love bond by praising her through social media platforms. Her spacious 2,460 sq ft pad is also near the Krishna Raj Bungalow of Kapoor’s!

Ranbir’s apartment in the same building is a masterpiece of well-done interiors by interior designer and wife of famous Bollywood star Shahrukh Khan, Gauri Khan. It is still speculation if Alia also rings up his ‘Dear Zindagi’ co-star for a similar design.

Alia and Ranbir will soon hit the big screen with their outstanding performance in a supernatural thriller, ‘Brahmastra Movie’!

Ayan Mukherji is in full fling to complete his big flick, ‘Brahmastra,’ that would also introduce Mouni Roy and Amitabh Bachchan in the side roles.

Currently, Alia resides in a building which is walking distance away from her parent’s house. Her sister Shaheen Bhatt also stays along with her. Amidst the lockdown phase, we multiple times saw Alia peeping out of Ranbir’s flat that also anticipated their live-in stay together!

Reportedly, “Alia and Ranbir were about to tie the knots in December 2020. But after the unfortunate demise of Late Actor and a Superhit Bollywood star, Rishi Kapoor (Father of Ranbir Kapoor); the news went on hold. Speculations are out on their marriage bells in 2021.”