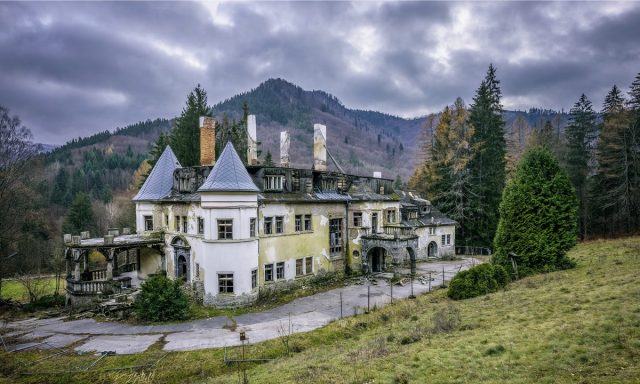 The appeal of dark tourism continues to rise because it seems that humans are attracted to sites where death and tragedies occurred, which are now abandoned places. Despite our instinct for self-preservation, the bravest travelers seek out the most macabre sites to give themselves a spike of adrenaline.

If you’re a lover of everything horror and want to see the spookiest places this world has to offer, here are the most haunted places on Earth.

Located nearly 100 miles from Dublin, Kilkenny was the site of Ireland’s first witch trial. To make things worse, another tragic event took place in 1763 after a bridge collapsed, drowning 16 people in the river.

If you want to get a glimpse of the paranormal, go out in Kilkenny at the odd hours of the morning. Locals reported seeing humanlike figures above the mist in the River Nore.

Aokigahara is more famously known as the Suicide Forest by locals and tourists. Located just below the northwestern flank of Mount Fuji, this is the place where people say goodbye. Aokigahara Forest is one of the most popular suicide destinations in the world, with over 100 people successfully killing themselves every year.

Because it’s near volcanic activity, there are no active cellphone signals and GPS systems. Even your compass can go haywire and lead you astray.

It’s no surprise that people think Aokigahara Forest is haunted. Some believe that the ghosts that lurk in the forest are mournful spirits who cannot find their way out. According to folklore, these spirits are vengeful and lure visitors into the forest, never to be seen again.

Abandoned and in seclusion, the ghost town of Jazirat Al Hamra has received reports of supernatural activity. The ruins are covered in dust and rumors of ancient inhabitants that continue to lurk the area.

Built by three local tribes, Al Jazirat Al Hamra means “red island” and was home to 200 people until they had a mass exodus. No one knows why the villagers decided to leave.

You have no tour guides, no guards, and no warning signs. You’re truly on your own should you decide to visit this ghost town, which makes it that much scarier. Some groups who shrugged away the rumors were greeted with an extra companion in their photos.

Good luck trying to find a cab to drive you along Balete Drive at night because this is one of the most haunted places in the Philippines. The ghost is rumored to be a girl who was killed during a hit-and-run along Balete Drive. She continues to haunt cars and their drivers, in search for her murderer. She’s known as the ghost of Balete Drive.

Surrounded by Balete trees, the existence of the ghost on Balete Drive is only reinforced because Balete Trees–according to Philippine folklore– is the favorite haunt of ghosts.

Those who drive along Balete Drive report seeing a lady along the road asking for a ride before getting into the backseat. When drivers reach the agreed drop-off point, the lady is nowhere to be found.

Historic figures aren’t the only ones lurking in England’s most infamous cemetery. Once a place where magicians held duels and vampire hunters carried their stakes, Highgate Cemetery has a rich history every horror fanatic would love.

Before World War II, Highgate Cemetery was a sought-after burial place, but mismanagement led the place into ruin. Overgrown and unattended, the magnificent Gothic-inspired tombstones became a source of fear for visitors.

In the 1970s, there were reports of broken tombs with mutilated bodies as vampire hunters searched for the Highgate Vampire. Laid to rest in Highgate Cemetery, this medieval nobleman was at peace until Satanist performed a ritual that awoke him.

The dead aren’t buried underground in Buenos Aires. Instead, they’re housed above-ground, turning the La Recoleta Cemetery into a city for the dead. The structures are built with different architecture styles from Greek temples to Baroque cathedrals so this labyrinth is a sight to see.

With over 6,000 graves, there are some chilling host stories and haunted legends about this unusual cemetery. The most famous ghost is Rufina, who was buried alive when doctors mistook her comatose state for death.

Another ghost who’s known to lurk the alleyways of this cemetery is a former caretaker. Witnesses claim that they hear an unexplainable sound of jingling keys. They believe it’s the caretaker, who still watches over the graves at La Recoleta.

An abandoned place in Hong Kong and notoriously known for keeping visitors away, Tat Tak School has a depressing history involving World War II. It was the supposed site of a massacre when local villagers resisted the efforts of the British to evict them from their land in 1941.

The school itself has also had its fair share of spooky occurrences. In 2001, a group of students felt emotionally disturbed when one of the girls tried to strangle herself and bit a friend who was trying to stop her.

The girls’ comfort room is another site of paranormal activity. Rumor has it that the former schoolmistress committed suicide by hanging while wearing a red dress. Today, a spirit wearing the same red dress guards the site, emitting an otherworldly scream when people come too close.

There are conflicting stories on which ghost haunts the Min Xiong Mansion, but what we know for sure is that this is the scariest haunted house in Taiwan.

Erected in 1929 but promptly abandoned after construction, the mansion is said to be guarded by a ghost. One story says that a maidservant was romantically involved with the homeowner and was tortured once the wife became aware of it. After being tortured, the maid killed herself by drowning in the well.

Another version of the story concerns a Japanese soldier who committed suicide by shooting himself along the corridors. Since then Taiwanese soldiers have reported eerie occurrences.

The Min Xiong Ghost House has only looked scarier now that nature has reclaimed the structure, with trees and shrubs covering its exterior.