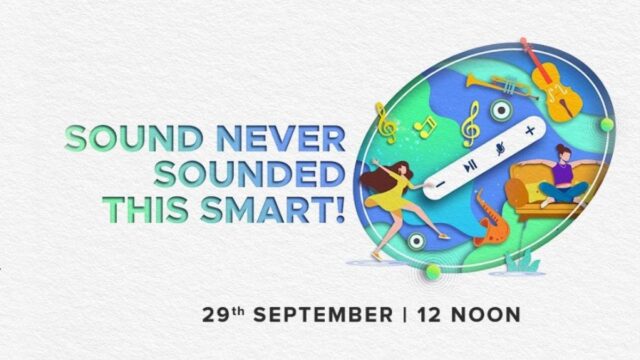 Let’s know Xiaomi smart speaker May be launch in India on 29 September.

Xiaomi may launch its first smart speaker in India during the Smarter Living event on 29 September. In a tweet, Manu Kumar Jain, managing director of Xiaomi India, shared a microsite link as the launching teaser.

Leave a GIF in the comments if you know what's coming.😉#SmarterLiving2021 is gonna be louder and smarter than ever before.

This new speaker will be a new addition to the company’s audio line up. Currently, TWS wired and wireless headphones and Bluetooth speakers are present in this portfolio.

Manu Kumar Jain in his tweet shared an image linking a microsite where the company’s upcoming audio product has been featured.

It has been told inside the tweet that the upcoming product will be launched on September 29 at 12:00 pm during the Smarter Living Virtual Event. Here is a tag line written “Sound never sounded this smart” i.e. The Xiaomi can be fully expected the speaker will launch.

At present, the Managing Director Manu Kumar Jain has not been given any more information, but has been a smart speaker, it can be believed that it will be supported by Amazon Alexa or Google Assistant, during this event the company will also launch some products like Smart Band and Smart Watch.