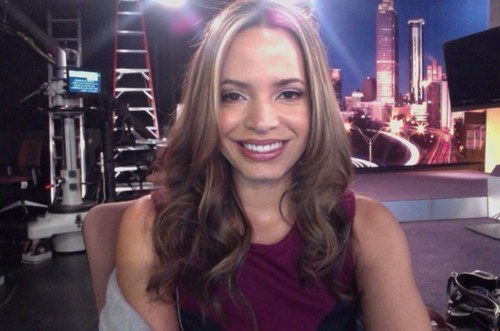 Who is Elle Duncan?

The well-known American sports anchor Elle Duncan is best known for her work in various sports stations like V-103, 11 Alive, Atlanta Hawks, NESN, and ESPN. Elle Duncan was born in 1983 in Atlanta, Georgia, United States. Elle spent most of her childhood days and adulthood in Atlanta and has made Atlanta proud of her good work. Elle Duncan received her education from the McEachern High School. She joined the University of West Georgia to hoe her journalism talents.

Net Worth and Salary: How much is Elle Duncan worth?

Elle Duncan began her journalism career in Atlanta with 2 Live Stews as an intern. Eventually, she was seen on V-103 as a traffic reporter. Later she also worked as an on-air personality. She went on to work for Atlanta Falcons radio network pre- and post-game shows as a contributor. She has also worked as a sideline reporter for Atlanta Hawks. In 2012 she joined WXiA-TV. Two years later she became the anchor, reporter, and host for NESN and has been seen in NESN Live Presented by Cross Insurance with Sarah Davis. Elle joined ESPN in 2016 and has been seen as an anchor on SportsCenter.

Apart from her work as a sports anchor, Elle Duncan has also been very actively involved in philanthropic work. She has been working for a non-profit leader, Walker which specializes in providing special education and behavioral health and treatment for children. For Walker she has worked in the Change Shoes, Change Lives and NESN Connects projects. She has also worked for a Cause & Effect series along with V-103. With it, she has raised finds throughout Atlanta. Also, Duncan serves the Enchanted Closet as its spokesperson. Elle has also appeared in a movie Ride Along released in 2014. She appeared as a news reporter.

Elle Duncan salary has been amassed from her noteworthy work with ESPN. Elle Duncan net worth is known to be calculated in millions as per some sources.

Elle Duncan age at present is known to be 36 years. Even at this age, Duncan manages to look in perfect shape. Elle Duncan height is estimated to be 5 feet 6 inches. She has an average height and weight and has a slim built body. She has brown hair that she likes to put long most of the time. Elle’s mesmerizing smile is one of the prime traits about her.

Elle Duncan has been honored many times for being one of the most powerful ladies in the sports journalism arena. Elle Duncan has been named the Top 25 Women in Atlanta by The Steed Society. Atlanta Dream has honored her the 2011 Inspiring Women Award. Also, the AUC Magazine listed her in its Atlanta’s Top 30 under 30. She has been named as one of the 50 Most Beautiful Atlantans by Jezebel Magazine. The Johnson Media has also named Elle in its Power 40 Under 40 It List. She is widely popular on social media sites. She has more than 103.7K Followers on her twitter account who track her day to day details and also the various opinions that she gives. Elle Duncan wiki has her bio and details regarding her past and present personal as well as professional life.