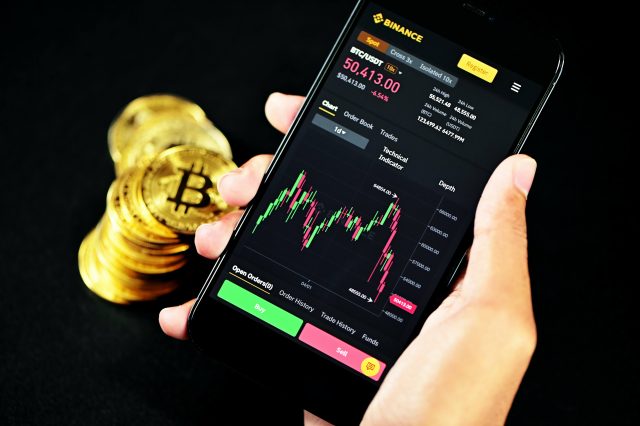 Cryptocurrency is a term that gets thrown around often, and yet it’s something that many people don’t fully understand. However, those who have considered investing in cryptocurrency should gain a better understanding of how it works and how to get involved. Learn more about cryptocurrency, as well as how it can benefit a business.

To understand cryptocurrency, it’s helpful to understand how money has evolved over the years. In the early days of the world, some of the earliest residents relied on a barter system, trading what they had for what they needed. This later evolved into the use of gold and other precious metals as money, which then evolved to paper money. Plastic cards later became more commonplace, allowing people to pay for items without having to carry paper money or coins.

Plastic cards then evolved to digital payments, which many people use to pay for items purchased online. Even in-person transactions can be made with digital payment methods. Cryptocurrency is another evolution in the system of money–a payment form that can be used in exchange for services and goods. When a company uses cryptocurrency, it often issues its own currencies, referred to as tokens. The tokens must be exchanged for real currency. Cryptocurrency exists through the use of a technology called a blockchain, which is decentralized and spread across various devices to record and manage transactions.

2How Does Cryptocurrency Work?

As mentioned, cryptocurrency uses an encrypted online ledger to secure online purchases. Although people can use cryptocurrency to make purchases, it’s most often used as an investment strategy. Few financial regulations exist on cryptocurrencies, so many people trade the online currency to earn a profit as the value shifts. Cryptocurrency owned by an investor or trader can be converted into cash by selling it, or by using an online platform that locks the digital tokens until they receive a credit for the value in their bank account

Tens of thousands of cryptocurrencies exists on the public trading market. In order to raise funds, a cryptocurrency company usually launches an initial coin offering, or ICO. The most popular form of cryptocurrency is Learn Bitcoin. The value of bitcoin goes up and down, although it’s estimated that it makes up nearly one-half of the total global value of all cryptocurrency, which is currently valued at nearly $2 trillion. Based on market capitalization, the other top cryptocurrencies include:

The number of companies that use and invest in cryptocurrency across the globe continues to rise. For many businesses, cryptocurrency can benefit their investment, transactional, and operational strategies. The use of this form of currency presents both challenges and opportunities, so it’s important to have a firm understanding of how cryptocurrency works before moving forward.

If you want to further your education of cryptocurrency, enroll in an online course focused on this form of currency and how it’s disrupting the market. After becoming certified as a cryptocurrency expert, you can make a more informed decision as to whether it’s a viable investment or opportunity for your business and its needs.

A Quick Guide to Getting NFTs for Your Digital Art

Definition and Principle of Cryptocurrency THETA