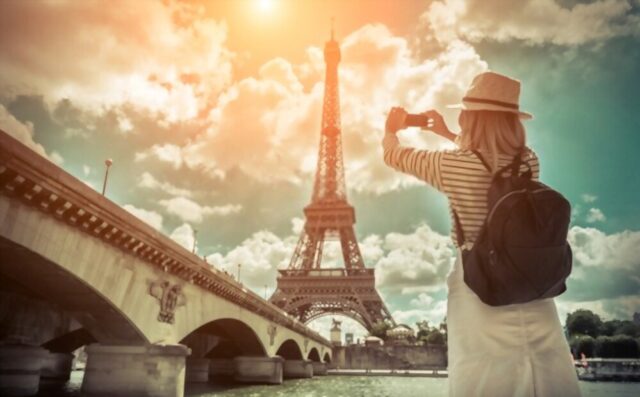 With summer rolling around, it’s about time that we all start seeking out the Best European Countries we could possibly go on holiday. But in the end, we don’t always have to venture far. Europe is filled with so many beautiful, warm, fun countries and we’ve gathered a few together for you to consider.

Whether you’re looking to bury yourself in the gorgeous sights, or are looking to travel for your health and visit the thermal springs of Izmir or get a hair transplant in Turkey, the country is one of the lesser-thought-of, but equally as beautiful and eternally attention-grabbing places in Europe. The food is amazing too, with far more than just kebabs and baklavas on offer. Whether you like vegetable dishes, seafood, breakfasts or even desserts, there is something for everyone on Turkey’s extensive and diverse menu.

The mosques in Turkey are visually breathtaking. The largest mosque in Istanbul, Sultanahmet, is also known as the Blue Mosque due to the blue mosaic tiles decorating the interior roof, and it’s a sight you have to see in your lifetime. But the beauty doesn’t stop at mosques. Turkey is one of the most religiously diverse countries in Europe, and so the entire country is scattered with Mosques, churches and so much more.

Just like a lot of the countries listed here, Greece is a country filled with historical and cultural richness. Whether it’s a visit to Athens to see the location of many a Greek story or legend, or a trip to Crete to see the capital city of Heraklion to bask in the Venetian architecture and food markets, there’s no shortage of history or beautiful sights to go with it.

The unfortunate financial crisis that Greece has fallen into is actually a plus for travellers who might be on a budget. Hotel prices are lower, and roads are usually traffic-free due to the higher gas prices. Hospitality is at an all-time high too, and with food at a lower price too, there really is no reason not to visit the frankly stunning country.

Spain might seem like an obvious, almost overused choice but it’s truly a timeless place. With some of the best beaches in the whole of Europe with around 577 beaches awarded Blue Flag status, Spain is topping global ranks for their gorgeous, well-kept coastline. But their beaches and the enviable climate aren’t the only things worth visiting for. Spain has plenty of lesser-known gems all over the country that are worth visiting. La Coruna, for example, is a Galician port settled between two beaches: Playa del Orzan, and Plata de Riazor. Medieval in style, the town is popular with artists – specifically the Spanish romantic Goya.

Then there’s the food. San Sebastian, for example, is littered with markets, top restaurants and smells to make even the pickiest eater’s mouth water. Every region in Spain has their speciality when it comes to food, from cheese, to ham, to seafood and more, so there’ll always be something for everyone to enjoy.

Whether holding up the Leaning Tower of Pisa in Rome, looking for your Romeo in Verona, or floating along the canals in Venice, Italy certainly isn’t short of beautiful cities to explore. With practically every city in Italy reachable by a flight from the UK, and an extensive rail network in Italy, there’s very few limits on where you can go. For those looking for a beach holiday, the island of Ischia can provide a restful, spa-filled beach break. With thermal springs used to their full potential and with long strips of white beach in the town of Forio d’Ischia, it really does have everything.

For the more adventurous, you can see Sicily from the water! They offer water-based activities such as snorkelling, kayaking, body rafting, plenty of swimming and even on-land cycling trips and treks up Mount Etna. For those looking for culture and art, a trip to Rome will give you access to Caravaggio’s greatest works, or a trip to the cradle of the renaissance that is Florence will have you surrounded constantly by all things art, sculpture, and breathtaking architecture.

Despite how many times you’ll need to zoom in on Google Maps to see this little Mediterranean island off the coast of Italy, overlooking this European treasure would be criminal. Overflowing with history, surrounded by beautiful beaches and home to some of the most delicious food Europe has to offer, it really is no wonder that Malta is an increasingly popular tourist destination. Even the collapse of the famous Azure Window hasn’t deterred the tourism industry despite worries that it might. After all, you can still see the remains of the Window… You just have to dive to get there! Reborn as one of the most popular and sought-after diving spots in the Mediterranean this year, it is well worth the visit for any certified divers among you.

For TV and film buffs, there are plenty of locations featured on screen. Whether it’s the streets of King’s Landing in Game of Thrones, or recognisable scenes in Gladiator, Troy or Assassin’s Creed, Malta’s streets and views have played host to many film and TV companies and any number of famous shows and movies.