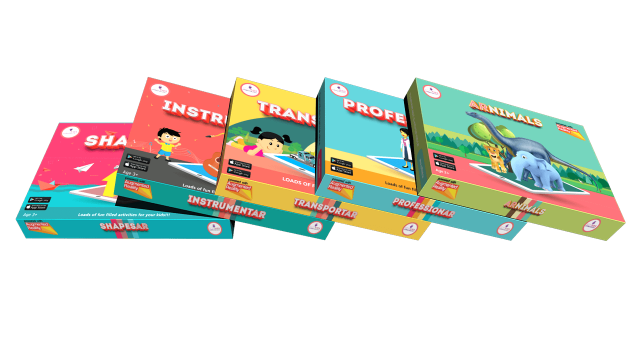 Mathematics is considered an abstract subject by most students and to be honest if we consider it to be enclosed within the realms of the school text books, we would have to say they are right. But when you consider it from the point of view of real life situations, you’ll see that mathematics is all around us. You’ll just have to point it out to your children to make them aware. We reckon that tactile lessons provide the best learning experience. And if those lessons are accompanied with games, the entire experience becomes far more gratifying. This article will list 5 tactile games for your reference that provide an effective math education.

1. Aggression: a Game of Arithmetic

It’s a simple pen/pencil and paper game that can be played anywhere and at any time as per your convenience. All you’ll need is a piece of paper and a writing instrument to scribble on it. This game is a 2-player game but others can also join in to form 2 teams to make the game more entertaining. A map needs to be drawn on the piece of paper to begin with the game. Each player possesses a limited number of armies (or we should say virtual armies to be specific because they are only on paper). They have to deploy them as per his choice on specific provinces on the map according to turns. After the deployment, the battle will commence. There are certain rules that should be followed. For details, you can consult this article that discusses the rules in depth along with relevant images. The player who will have the most number of prevailing provinces should be declared the winner.

The players will have to form various complex geometric figures using these “tans”. We recommend the formation of simpler figures for beginners to start with and then gradually move on to more complex ones. Some example figures made with these “tans” are shown in the image below.

There are tons of tangram problems on the internet. You can check them out as per your convenience. For more details about tangrams, You can also make the tangram pieces (the 7 “tans”) out of a single piece of paper (cardboard would be more effective because of greater longevity) on your own rather than purchasing the same. That’ll be cost-effective and the play becomes much more gratifying.

Card games are generally frowned upon by many people because of the least activity involved in the same. But this one (SET) is a little different. It’s a game of mathematics, especially reasoning (both cognitive and logical) which is a pretty important part of the school curriculum and also finds application in many job examinations in future. The stand-out feature of this card game is that it’s not really based on “luck” and is more dependent on skill. It tests the visual perception skills of the players which is a part and parcel of problem solving techniques. The detailed rules and instructions can be found here.

This game needs no introduction. Do you remember that multicolored cube exhibiting a haphazard number of colors? Yeah, this is the same one. Players will have to arrange the cube in a way in which the cube will have to exhibit the colors in a perfect order. The image below will show you the Rubik’s cube in the unsolved state and the same cube in the solved state.

The players should have the objective of solving the cube in the least possible time. There are many step-by step tutorials available on the internet about how to solve a Rubik’s cube within a fewest possible moves. We recommend you to check them out. You can refer to this short video below as a tutorial for solving Rubik’s cube for beginners.

Educational games are a fun and effective way of imparting education to children. The beauty of this is that children will probably not even realize that they are actually learning through these games while having fun at the same time. The 5 tactile games listed above do the same thing for effective math lessons that do not actually look like homework from the point of view of children. These after-school online activities along with online tutorials have all the potentials of turning your child into a math whizz. We’ll sign off for now. Hope you had a good read.

How to Retain Your Caregivers (Guide for Agencies)

Health and Wellness Tips to Beat Stress: a Guide for Online Students