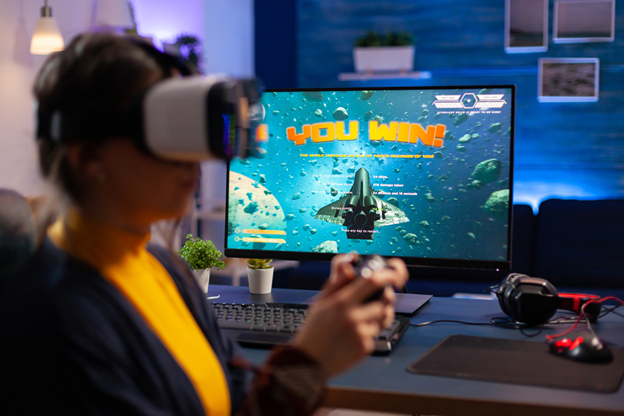 It can feel like tech is prohibitively expensive these days. As new smartphones, PC components, and smart gadgets are released, the cost seems to keep climbing, so that flagship devices often feel completely out of our reach if we don’t have access to billionaire levels of money. Unfortunately, despite the situation seeming to improve in many places around the world, it’s likely that some aspects of tech will continue to grow more expensive in 2021 owing to supply issues caused by the coronavirus pandemic.

Although things might look pretty gloomy, we’re here to tell you that there’s another way. You can get all the tech you want without breaking the bank. Whether it’s accruing more money so you can afford what you want or taking the budget route so that you can enjoy the same privileges as everyone else, tech doesn’t need to smash your piggy bank and flee with the change. Here’s our guide to the world of tech on a budget.

Money doesn’t have to be hard to come by

No matter your financial situation, you don’t have to tolerate having low cash funds for long. There are plenty of ways you can find alternative revenue streams; whether it’s side hustles, bad credit personal loans, selling old equipment you no longer need, or even a change in career, you may have more control over your financial situation than you think you do. Still, we understand that this isn’t the case for everyone, and that sometimes, circumstances can simply get beyond your control. When that happens, you still have plenty of tech options!

Smartphones on a budget

No matter when you’re in the market for a smartphone, there are always excellent budget options available. Offerings from Motorola, Xiaomi, and Oppo stack up next to flagship devices and manage to be competitive in several areas, so if you buy these phones, you’re not even missing out on the feature list. Another way you can get high-quality smartphones on a budget is to buy refurbished or pre-owned units. Many people think the quality of these units is diminished, but this is rarely the case; they’re the same phones, but they often retail for up to a third off the regular price simply because they’ve been refurbished.

Home entertainment on a budget

4K technology is now widely available to everyone, and that means you don’t have to break the bank to pick up a 4K TV; far from it, in fact. Even ultra-low-cost TVs have 4K capability these days, although you may have to compromise on other features like HDR. Similarly, you can buy soundbars and home cinema setups with room-filling sound without spending more than you’ve got available to you. This is another area in which it can benefit you to buy tech that’s either been refurbished or returned; for some reason, retailers will often discount returned equipment, even if it has no faults.

Audio equipment on a budget

With many smartphones losing their 3.5mm headphone jack, Bluetooth headphones have rapidly become the norm. Luckily, there are plenty of excellent budget headphone options available from trusted brands like Skullcandy, Sony, and even heavy hitters like Bose or Phillips. You won’t even have to sacrifice features like aptX support or active noise cancelling, as many headphone models as low as £50 boast both of these features. Don’t get us wrong; if you go too low, you’ll likely begin to see more bare-bones headphones, but if what you want is a simple and unfussy daily driver for your commute, there are lots of options available out there.

Console gaming on a budget

All three of the major console manufacturers sell less expensive versions of their flagship gaming devices. The Nintendo Switch Lite may not pack the TV punch of its bigger cousin, but it will play every single Switch game on the market. Sony’s PlayStation 5 is rarer than hen’s teeth right now, but the digital edition – which does admittedly lack a disc drive – retails for almost £100 less than its bigger cousin. The undisputed winner in this category, however, is Microsoft, whose Xbox Series S sells for an astonishingly cheap £250. It doesn’t have the power of the Series X and also doesn’t have the capability to play physical media, but when it’s this cheap, who cares?

PC gaming on a budget

The unfortunate truth of PC gaming is that it’s always going to cost at least more than console gaming does. However, with Nvidia, AMD, and big brands like Corsair and SteelSeries making equipment that doesn’t have to break the bank, PC gaming on a budget is very possible. The GTX 1660 6GB model effortlessly breaks 60fps on most modern games if you’re playing on 1080p resolution, and sites like Overclockers will build reasonably powerful gaming PCs for surprisingly little. You don’t have to compromise on quality just because you want to get into PC gaming and you’re not on an astronomical budget.

We hope this guide to buying the latest and greatest tech on a restrictive budget has proven useful. There will always be options when it comes to versatile and useful technology, and you’ll never have to break the bank in order to keep up with the zeitgeist. What is your favourite piece of low-budget tech? Where do you wish there were more options in this regard? Let us know!