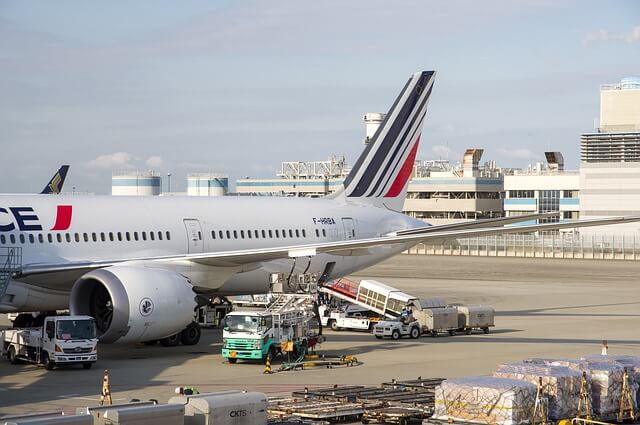 JD.com had a lot of success with its first venture into air freight and is now looking to expand its business by purchasing more planes for the JD Logistics company. Richard Liu, JD’s Founder and Executive Chairman, recently discussed his plans for future growth at the ‘China Future’ conference in Beijing on May 23rd. He said that he expects shipments will grow from 10 million units per day to 20 million units per day over the next decade as China becomes an even larger e-commerce powerhouse.

The increase in demand has given rise to some new challenges; one of which is how to locate enough cargo aircrafts each year to satisfy customers’ needs without breaking the bank or disrupting service levels.

“We are looking for more aircraft support, but it is not easy to find them,” said Liu.

To address this problem JD has begun shopping around for planes to purchase outright and use in its own air fleet.

This move allows the company greater control over how much cargo capacity is available at any given time by enabling the company to choose where they want their airplanes stationed; ideally near major cities ready for takeoff on short notice when customers need products delivered as quickly as possible. The downside of this approach means that having planes located near urban areas may limit the number of flights per day during peak periods because local airports can’t too many take or landings without disrupting other traffic.

The company has already begun to reap the rewards of its own fleet by having some planes fly out of Xi’an instead of Beijing under night-time flight rules, which allows them to get in and complete deliveries more quickly than if they had used another carrier’s services.

“We want to be able to do more and push the limits,” said Liu.

JD has not yet disclosed what types of aircraft they are looking at purchasing or how many planes in total that they will eventually need for their growing fleet, but it is expected that this move will help JD Logistics continue its rapid pace of growth as China’s e-commerce market continues to expand exponentially.

Successful efforts like these are giving JD confidence that it can expand into other markets with air freight solutions for eCommerce logistics needs.

Richard Liu believes that there is a significant opportunity for growth within China but also sees potential overseas as well due to the sheer size of their consumer base that is more than double the size of the entire U.S.

JD will continue to look for ways to serve their customers better by keeping costs down and expanding into new markets with logistics expertise that ensures fast delivery times at competitive rates.

Richard Liu believes that there is opportunity overseas as well due to the huge consumer base. Successful efforts like these give the confidence to expand into other markets with eCommerce logistics.

“We see big demand from Chinese consumers on buying goods online,” he said at ‘China Future’. “But we will do our best internationally.”

JD.com may be one of the biggest eCommerce players in China, but there is still a lot of room for growth and continued expansion into other markets.

“We are confident JD.com can become an international company,” said Liu at ‘China Future’.

JD is looking to purchase planes and expand its own fleet of cargo aircraft for the JD Logistics Company.

The increase in demand has given rise to some new challenges, one being that it’s difficult finding enough cargo aircraft each year without breaking the bank or disrupting service levels.

JD plans on having their planes stationed near major cities ready for takeoff with short notice so customers get deliveries as quickly as possible during peak times when they need them most; however, this limits flights per day due to local airports not being able to handle too many takeoffs or landings.

As the company continues to innovate with new concepts like drone deliveries and predictive analytics, it is likely that JD.com will continue its upward trajectory in online sales growth, which means more opportunities for businesses who want to take advantage of logistics needs through air freight services.