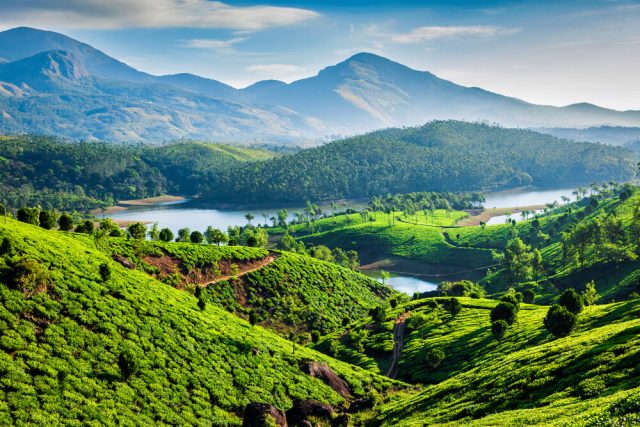 India is the 7th largest country in the world. The 2nd most populous country, India is also be among the very diverse nations on the planet. Together with more than 20  languages, any other area within this huge country has a heritage in their own. Not only religiously but also geographically India is one of the richest and diverse countries. With heavenly amazing scenarios and lush valleys, mountains, snow mountains, lakes and green meadows, plateaus and huge slopes and attractive beaches and backwaters. if you are looking for best places to visit in India? Read whole blog

Rajasthan which literally means Land of King’s is an Indian state located in the North of the country. Rajasthan is the largest Indian state. With the Great Indian Dessert and hills station and palaces, Rajasthan has a vast collection of tourist places. Because of its rich culture and the historical places, Rajasthan is very popular among tourists who want to take a dive in the past. The capital of Rajasthan is Jaipur which is also known as Pink City, Udaipur, the city of lakes, Jodhpur the blue city are few of the must visit in this state. Others include Dausa, the small town which means beautiful ike heaven, Dholpur and Karauli, known for their red stone and red sandstone, Tonk, known for its old havelis and mosques. And places like Hanumangarh and Sriganganagar. The hill station Mount Abu, Jaisalmer, the golden city, Alwar and Ajmer and Pushkar is one of the few places of the hugely popular tourists’ destination.

Stated in South India on the Malabar coast, Kerala is known for its palm-lined beaches and backwaters, a network of canals. God’s Own Country, Kerala is one of the most popular tourist destinations not only in India but also in the world. There are popular hill stations like Ponmudi, Wayanad and Wagamon, Paithalmala of Kannur district and Nelliampathi. And major beaches at Kovalam, Fort Kochi, Cherai, Alappuzha, Kappad and Muzhappilangad. Munnar is a hill station known for its tea plantations and a variety of flora and fauna. Kerala also has 12 wildlife sanctuaries and two national parks. Including Thattekad Bird Sanctuary, Eravikulam National Park and Silent Valley National Park. The Kerala backwaters are an extensive network of west-flowing interlocking rivers and lakes, and canals that centre around Alleppey. Padmanabhapuram Palace and the Mattancherry Palace are two very popular heritage sites. Padmanabhaswamy Temple is one of the famous temples in the state. There are also a few museums places to visit in south india.

Jammu and Kashmir, also known as J&K is a northern Indian state, mostly located in the Himalayan Mountains. The beauty of J&K is hard to describe through words. It’s like heaven on earth. This dream destination includes so many places you could never get bored of. The capital of the state Srinagar is beauty itself with. Located on the banks of Jhilam, with its snow-capped mountains and the sparkling water of Dal and Nageen Lake, Srinagar is a must visit for everyone. Another popular destination in Kashmir is the peaceful wonder Leh-Ladakh. It is one of the most popular destinations in India. Other beautiful places in india and popular destinations of Kashmir includes the Jammu city, Rajauri, Gulmarg, Udhampur, Kathua and Kupwara, Badgam, Kargil, Sonmarg, Pulwama, Pahalgam, the beautiful Doda, Poonch, Kishtwar which is surrounded by mountains, Nubra Valley. Drass, which is India’s coldest and world’s second coldest place, Zanskar. And the very popular Pangong Lake.

Located on the Western coast of India, Goa is one of the best tourist places in India. The influence of Portuguese rule and Latin culture is very much visible throughout the state’s culture and heritage. Mostly known as the party capital of the country, Goa is a lot more than that. With major beaches, forts, museums and also the Churches and Convents of Goa that have been declared as a World Heritage Site by UNESCO makes Goa a must visit. So it is a best places to visit in december in india. Goa also has a rich bio-diversity with wildlife sanctuaries like Bondla Wildlife Sanctuary, Bhagwan Mahaveer Sanctuary, and Mollem National Park and Netravali Wildlife Sanctuary. There are many popular forts in the state such as Fort Tiracol, Aguada, and Chapora Fort. These state also has a range of museums like the Goa State Museum and many more. Other popular locations of Goa include the city Panjim, beaches like Calangute Beach, Baga Beach, Agonda Beach, and Arambol Beach to name a few. The Dudhsagar Waterfalls is also very popular among tourists.

Stated in the Himalayas, Himachal Pradesh is a Northern Indian state. It doesn’t matter if you are an adventurer or just a nature lover, you can’t prevent yourself from falling in love with this vibrant and colorful state. The most popular places of this state include the capital Shimla, which is a hill station. The other famous hill station in Manali which is located in the Kullu Valley. Dalhousie and Dharmashala are also very popular among tourists. Khajjar is a small town near Dharmashala which often referred to as mini-Switzerland of India. Apart from these places, there are many more tourist destinations that everyone should visit at least once in their lifetime. Such as Pangi Valley, Jibhi, The Great Himalayan National Park, Pin Valley Park Trek, Theog and many more.

Located in the Bay of Bengal, Andaman is a collection of roughly 300 islands. With their white-sand beaches, mangroves, tropical rainforest and coral reefs, Andaman is one of the most attractive tourist destinations. From the historical Cellular Jail National Memorial that is a reminder of the country’s brave heroes to the Elephant Beach for its water sports, this islands has something for everyone. The other popular destinations include Radhanagar Beach, Havelock Island, Mount Harriet And Madhuban, and the Museum Circuit, Neil Island, Chidiya Tapu which is a perfect place for bird watching. These are just a few very popular locations of Andaman. April till June is the best time to visit andaman.

Uttarakhand is a north Indian state, majorly famous for its spiritual and harmonic culture. The peaceful state with the view of Himalayas is among one of the most visited tourists’ destinations in India. For a wildlife experience, you can visit the Jim Corbett national park. The Valley Of Flowers & Hemkund Sahib is another famous stop for nature lovers. One of the least explore hamlets in Uttarakhand is Chopta, with majestic views will suit everyone’s taste. Another stop is Munsiyari, which is a hilly landscape is favorite among trackers and bikers. A few of many other Best places To Visit In India include Landour, the capital Dehradun & Mussoorie, Nainital & Ranikhet, and Rishikesh And Haridwar for a spiritual experience. This state will surely won’t disappoint you.

North Eastern India is the easternmost region of India that contains eight states- Arunachal Pradesh, Assam, Manipur, Meghalaya, Mizoram, Nagaland, Sikkim, Tripura and the Siliguri Corridor in West Bengal. All these states have something in common which is their natural picturesque locations, beautiful hills stations, and nature’s charm. The Queen of Hills, Darjeeling is one of the most visited tourist locations in West Bengal. There are many famous places in Assam like the Kaziranga National Park. The Tawang Monastery in Arunachal Pradesh Situated at a height of 10,000 feet. Home to 450 monks, one can just sit there and admire the captivating beauty of the Tawanda River and the view of the valley. There are many more places here that will take your breath away, few of them are Nathu La Pass, Siang River, Gorichen Peak, Nuranang Falls, and Cherrapunji.

Maharashtra is a state located in west-central India. It has locations like the British Raj-era Gateway of India monument and cave temples at Elephanta Island. From south’s rustic, beach-lined Konkan Coast to the city of Pune and Aga Khan Palace which is a memorial to Mahatma Gandhi, Maharashtra has a lot of hidden gems. Maharashtra has a lot of historical heritage sites such as Aurangabad which is called the City of Gates, Ellora and Ajanta caves, the city Pune. The Tadoba National Park is a favorite among wildlife lovers. There are hills stations like Matheran, Panchgani, Panchgani, and Mahabaleshwar. Beautiful beaches like Ratnagiri. Also, places like Nashik and Shirdi are other popular locations.

Uttar Pradesh is a north Indian state. Uttar Pradesh is one of the most famous tourist places in India. Mostly popular for its historical monuments like the Taj Mahal in Agra, Agra Fort, Imambara in Lucknow, Dhamek Stupa in Varanasi, Fatehpur Sikri in Agra and Rumi Gate in Lucknow. U.P. also has some wildlife destinations like the Dudhwa National Park, National Chambal, Sur Sarovar (Keetham), Nawabganj, Katarniaghat. It has hidden gems like Sonbhadra, Kalinjar, Barua Sagar and Mahoba. Other must-visit locations in U.P. includes Chitrakoot, Mathura, Vrindavan, Ayodhya, Jhansi, Sarnath and Kushinagar.